The programming support for NVIDIA GPUs in Julia is provided by the CUDA.jl package. It is built on the CUDA toolkit, and aims to be as full-featured and offer the same performance as CUDA C. The toolchain is mature, has been under development since 2014 and can easily be installed on any current version of Julia using the integrated package manager.

The documentation of CUDA.jl demonstrates each of these approaches.

Julia on the CPU is known for its good performance, approaching that of statically compiled languages like C. The same holds for programming NVIDIA GPUs with kernels written using CUDA.jl, where we have shown the performance to approach and even sometimes exceed that of CUDA C on a selection[1] of applications from the Rodinia benchmark suite: 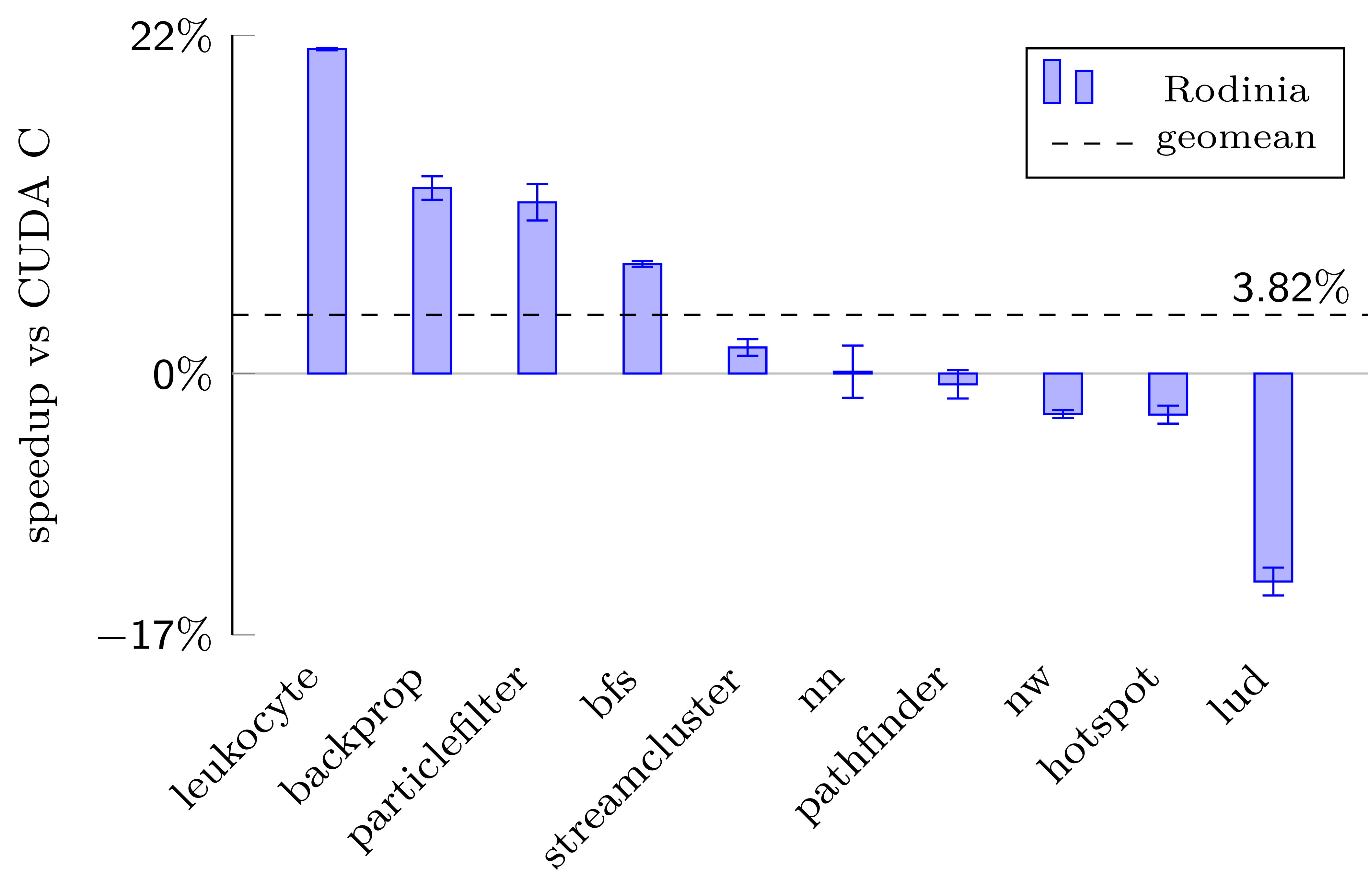 Relative performance of Rodinia benchmarks implemented in Julia with CUDA.jl.

intensive, we only ported and analyzed the 10 smallest benchmarks from the suite. More details can be found in the paper.